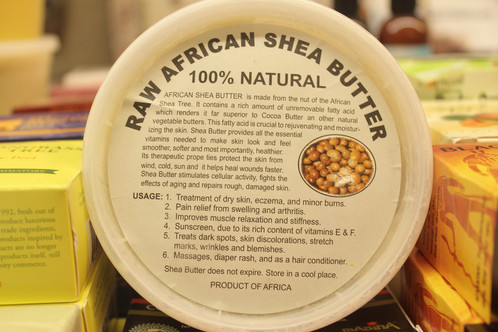 It started at a flea market.
I went to a local flea market in Northeast Philly with my roommate at the time and saw some raw African shea butter. I had been wanting to try it so I bought it. When I got home, I put it on my arms. It was hard to rub in, like I had to use some muscle, and it didn't smell that great. It smelled like clay or play-doh. But I loved the way it felt on my skin after I rubbed it in. It was deeply moisturizing, much better than any lotion. I said to my roommate, "I like this but I wish it was a little smoother and smelled better."

Initially, I tried to create some scents from scratch with vanilla beans, whole cinnamon and liquor. It didn't work. Then I moved onto oils - olive, sunflower, and sweet almond. None of those oils had any scents, and when I first mixed them with shea butter, what came out was a mushy, semi-solid mess. I used way too much oil so it never hardened. I also learned that olive oil doesn't get solid at all.

I kept using raw shea butter by itself even though I couldn't find a way to improve it the way I envisioned. I was also using coconut oil on my hair and skin at the time. One day, when I was pregnant, I took some shea butter in my hands, then looked at the coconut oil and took some of that too. When I rubbed them together in my hands, I knew it was exactly what I had imagined for my upgraded shea butter. I rubbed the mix on my pregnant belly, then rubbed it all over my body. I knew then that it was a winning combination.
(Also, I never got stretch marks. I think the shea butter and coconut oil mix had a lot to do with that.)

While I was pregnant, I knew that I wanted to show my daughter a way of life that I wasn't exposed to until later. Ownership. I was satisfied with what I had, but I wanted more for her. I wanted her to have the concept of ownership in her mind from birth - I wanted it to be her "normal".

So I decided to make my shea butter and coconut oil moisturizer - Che Balm - one of many products under a natural skin and hair care line named after her. Maiya's Naturals was the result. 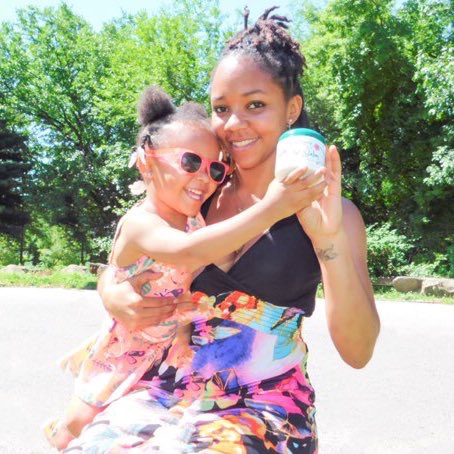 When Maiya was about one month old, I went to the local hair store and saw some essential oils. I bought a few because I thought they would be good scents to put in my Che Balm. I picked up lavender, tea tree, grapefruit, lemongrass and vitamin E. When I got home, I melted some shea butter and coconut oil and put a few drops of lavender in. I poured the mixture into an empty jar, then put it in the fridge to cool off. A few hours later, it was solid and it smelled amazing. I put my finger in it, rubbed it in my hands, and put it on my arms. That was that. I had my product.

It was exactly what I had envisioned. Shea butter, but smoother, easier to rub in, with an inviting scent.

I ordered some jars, drew up some labels with markers, made more variations, and sent a text to my friends that I wanted them to try my new creation. My first sale came April 16, 2016.

Almost three years later, Maiya's Naturals is now a growing business with customers all across the USA. Our packaging and website have gotten better, but our formula is still the same. Simple and Natural.